Route Optimization Use Cases Other Than Fleet Management

With the understanding that route is a path between two points such as a starting point and destination, route optimization, therefore, is the process of finding the shortest course between these paths to reduce transportation time, consumed fuel and also improve customer service.

Unlike the use of pencil, paper, and maps to navigate and direct drivers in mobile workforce management, route optimization is now getting adopted at a faster pace due to its numerous benefits and cost-saving abilities. This article will explore industries that now incorporate the technology and how it is serving them better than just plain fleet management. 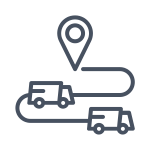 The city of Homestead, Florida, USA decided to implement route optimization in the collection of recyclables and bulky wastes.

The city’s Public Works and Engineering Department, Solid Waste Division (SWD) was using fleet management to collect garbage and recyclable products from residential apartments. But the need for a better method arises when the city passed an ordinance to increase the collection of recyclables and bulky wastes from twice a month to once a week meaning about four times a month.

Using the methodology on the ground, there was no way the SWD could be able to efficiently dispatch its personnel to handle this as they are expected to maintain the collection of garbage twice a week from the 12 zones of the city.

Below are the objectives the route optimization is expected to meet:

• Make the collection days of recyclables and bulky waste once a week • The days for collection should coincide with days of garbage collection • Days should be shuffled such that if an area is visited on Monday this week, the next due day should be different • Optimize collection time from each zone • The new methodology should be trainable such that personnel can understand it in little time •

To determine the best route and schedule, an expert and video were assigned to each driver as they move across the city to collect wastes. Collection of bulky waste was observed to take most time compared to recyclables and garbage.

After analysis of the result and interviewing the drivers based on what they have discovered overtime on the job, it was discovered that not all houses generate recyclables and bulky wastes.

One of the objectives is to make sure the days of collection should coincide with that of garbage days. A GIS-based route optimization modeling software was used to devise compatible garbage and recyclables/bulky zones.

The route optimization process was used to estimate the quantity of waste generated, the number of houses serviced, the distance from pick up to landfill facility, and also the shortest route to each zone.

With the implementation of route optimization, the city was able to:

Crate & Barrel is an American company founded in 1962. It specializes in housewares, furniture, and home accessories.

The company which grew to about 17 stores in 1985 today now has a yearly growth of 6 to 8 stores. Its operations have expanded to more than 160 stores and above 7,000 associates.

To serve its customers, the company established three major distribution centers ― New Jersey, Chicago, and San Francisco. With about 300,000 required deliveries yearly, Crate & Barrel has more than 80 trucks daily on roads. Each of these trucks makes about 16 stops per day and more in congested areas like New York City.

All of these delivery processes were managed using fleet management. Dispatchers assign deliveries to a route using the online and in-store transaction data. The delivery tactic was inefficient and they would need to make five phone calls or more to confirm the receipt of a package by the customer on time.

With no tracking and a well-managed system, the company cannot determine which delivery has been made and those delayed. Thus, poor customer service.

To solve this enigma, the company decided to request a solution bid from four companies that offered logistics management solutions. They want something that will make their problem go away, be compatible with each of their market delivery, easily accommodate new customers, and most importantly, should be affordable.

Using route optimization software presented by the winning bidder, Crate & Barrel was able to solve its problem. To implement it, the company first had it used in its Boston division. The solution proved effective within a week of trial. It was later implemented in other areas like New York, Los Angeles, Chicago, Washington, and San Francisco.

Seeing the effectiveness, the company now processes more than 80 percent of its delivery using route optimization. Crate & Barrel now maximizes its routes unlike before. For instance, if a route is fully booked, the company will make customers wait till such route is free but today, such things rarely happen.

Fewer trucks are used, making the process more affordable, and also the delivery time was optimized from 4 hours to 2 hours resulting in the reduction of labor and fuel consumption. Real-time statistics of delivery and report is now obtained by the company for better business planning.

With the implementation of route optimization, Crate & Barrel was able to:

OTL is a logistics company operating about 250 branches and 300 trucks. The fleet management system implemented was inefficient to the extent that there was service repetition on the same route. Plus, the movement of each truck was uneasy to monitor.

To implement route optimization, the company’s operations were analyzed and all of the services were divided into two ― on-account and paid ― using the type of payment and business repeat frequency.

Using route optimization, the model of the best route for each business type and frequency was generated. After implementation, the company was able to optimize the routes by about 15 percent reducing fuel budget and the required number of drivers as there were reduced trucks needed for completing the required tasks.

However, the model is currently only implemented in their on-account services but seeing the success, they are looking at employing the same in their paid services.

A fast-moving consumer goods distributor in Croatia needed a quick solution to its fast-rising demand. It needed to deliver about 1,400 orders per day. Based on their record, they distribute to more than 6,000 locations. A location may request lots of orders in a day while others request for few or none. The average orders received are expected to be delivered to about 700 locations daily.

The main problem faced by the company is its own policy which at the same time improves its customers’ confidence. Customers have a time window when delivery has to be made, if the order is not delivered within the time frame, the customer will reject the order and the company will have to pay some amount as a penalty.

Even when the company’s vehicle arrived at the destination on time but was unable to unload due to the presence of other distributers vehicles, they will have to queue and if the time frame elapses during this time too, the same penalty is applied.

Then the worse problem occurs, due to the economic recession, customers started ordering a lower quantity of goods but more frequently. The company decided to implement route optimization to segment their delivery locations into five and make a delivery to each of them at a specific day of the week.

With the use of route optimization, the company was able to provide better customer service. The delivery time frame was guaranteed to be within 24 hours after the order.

The shortest route was identified, drivers’ time was reduced by at least one hour. Plus, lesser vehicles were used than before.

Red he Pakketje was started by Sam Rohn due to the high price and unreliability of most couriers in the Netherland. The company is a same-day delivery service which guarantees delivery at most 10 hours after the parcel is being picked up.

To gain a better edge, the company decided to implement route optimization in the management of their day-to-day complex logistics and to also reduce the time taken to deliver packages. The use of route optimization now helps the company plan its daily order first in the morning and they are able to keep to its promise with ease.

Some outstanding results observed include:

The Foodery is a home delivery ready-to-eat gourmet meal maker based in Boston. They deliver their food to many homes in the city. Their targeted audience are people who will like to eat nourishing foods but do not have the time to prepare such maybe due to work.

The company’s delivery system is designed using manual fleet management techniques. This requires them to recruit drivers with lots of experience driving in the area and additional works to make sure the foods are delivered on time to the customers.

The above case studies are just some of the many instances route optimization has efficiently helped improve the logistics of most companies. The use of route optimization offers numerous advantages over fleet management systems.